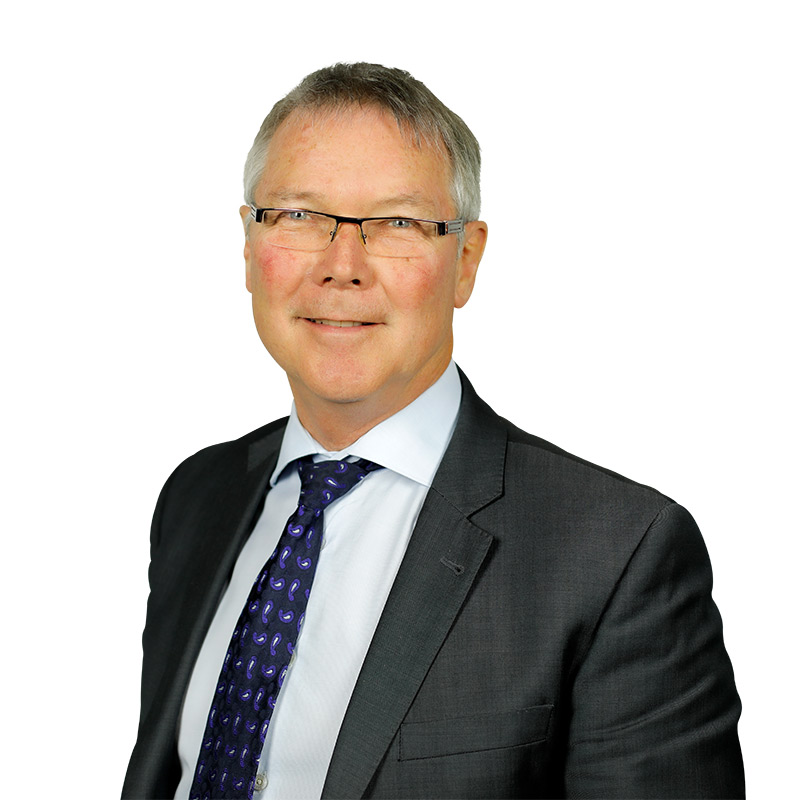 Born in Roxburgh in 1960, David grew up in Dunedin and has a BCom(Acctg) and LLB from the University of Otago. He was a litigation and managing partner in law firm Anderson Lloyd and was a co-founder of the Dunedin Community Law Centre. David is an experienced CEO and company director in a range of industries and has experienced both success and failure. He was involved in a number of start-up businesses in the agri-biotechnology field including A2 Milk, and BLIS Technologies which he managed from start-up to the main board of the NZX. He held various Ministerial portfolios in the last Labour-led Government including Attorney-General, Energy, Climate Change, Transport, Land Information and State Services. In 2008 he was named by the Listener magazine as Environmentalist of the Year for his work as Minister of Energy and Climate Change. He pioneered New Zealand’s emissions trading scheme, then described by many as the most significant environmental reform in NZ for decades.In opposition his roles included Deputy Leader of the New Zealand Labour Party and spokesperson on Finance, Trade and Export Growth. David was named a minister in the Jacinda Ardern-led government after the 2017 election. He was appointed Attorney-General, Minister for Economic Development, Environment, Trade and Export Growth, and Associate Minister of Finance but Minister Phil Twyford assumed the Economic Development role in a minor reshuffle in July. After the 2020 election, David was reappointed Attorney-General, Minister for the Environment and Associate Minister of Finance, as well as being appointed as Minister for Oceans and Fisheries, and Minister of Revenue. He maintains strong interests in the protection of civil liberties, as well as economic and environmental policy. David pursues policies which both enhance economic growth and address the growing extremes between rich and poor in New Zealand, while protecting the environment.David is a keen tramper and skier. 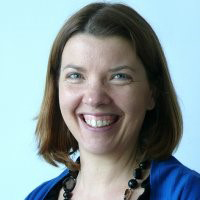 Keynote 2: Future of NZ in a new policy landscape

Liz Moncrieff has worked in the resource management field for over 20 years, including working for Wellington City Council in their District Plan Policy Team (10 years+) and at a private consultancy firm for 3 years. Liz started her career as an analyst at MfE back in the late 1990s, and returned to MfE in 2016 where she led the development of the National Planning Standards and the National Policy Statement – Urban Development 2020. She recently moved into the role of Director, Resource Management Reform. 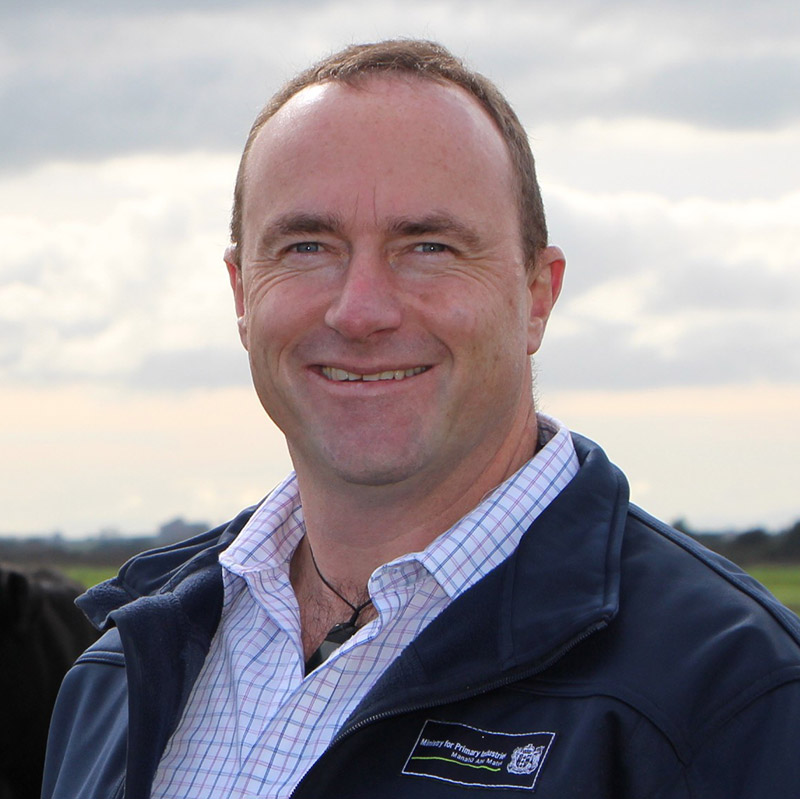 Future innovations in the primary sector

John was appointed Chief Science Adviser in June 2018 to provide an independent science perspective to MPI. He leads our Science Forum, chairs the Science Governance Group at MPI and the independent Mycoplasma bovis Strategic Science Advisory Group. John is also a member of the Prime Minister’s Chief Science Adviser’s forum and is an adjunct professor in University of Auckland’s School of Biological Sciences. John was previously DairyNZ’s Principal Scientist for Animal Science. He has held science appointments in Ireland and Australia. He is also Managing Director of Down to Earth Advice Ltd. Widely published and a regular contributor to international science and farming conferences, John has an Honours degree in Agricultural Science, a Masters in Farm Systems and Pasture Management, and a PhD in Animal Nutrition. 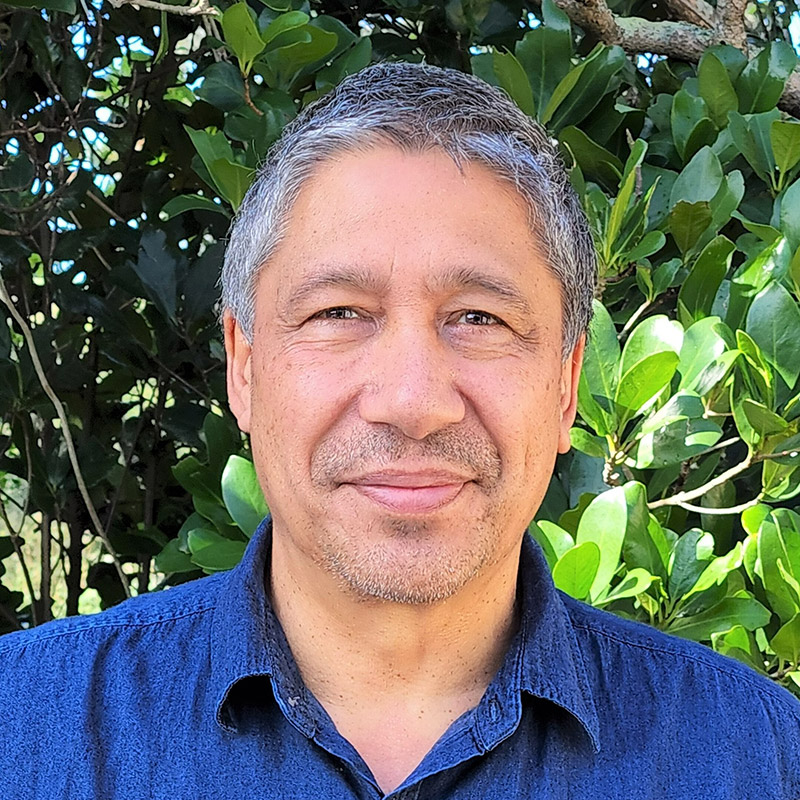 Tanira is an agricultural economist with over 30yrs experience across the primary industry sectors. He’s held positions as a senior scientist and science strategist with Scion and AgResearch and as a research academic with Massey University in agricultural systems and management. Tanira is currently a research consultant and science advisor developing integrated multi-model frameworks to model mitigation and land use change scenarios for farming entities, predominantly Māori collectives. Tanira is an Emeritus Scientist (Scion), a Climate Change Commissioner, past member of the Kahui Wai Māori on the design of Te Mana o te Wai in the NPS-FM 2020, an advisor to MPI and MfE and holds a number of directorships in the agricultural sector including Landcorp Farming (Pamu). He also sits on a number of Māori land authorities and is the chair of Te Arawa Arataua (Primary Sector Group). Tanira has a PhD in agricultural economics and development (Australian National University), and an MAppSc (Hons) in agricultural systems management (Massey University). He is affiliated to Ngati Whakaue, Ngati Rangitihi, Te Arawa whanui, Ngati Awa 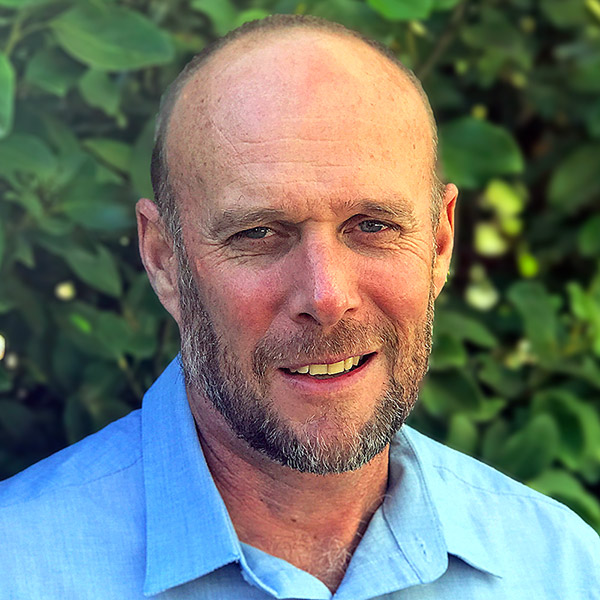 Iain is the Group Manager of the Integrated Catchment Management Group for Hawke’s Bay Regional Council. Iain’s 30 year career in natural resource management has spanned the Department of Conservation, Fish and Game New Zealand and the Cawthron Institute, alongside a decade with Local Government. While working for HBRC, Iain has worked at a national and regional level supporting the sectors work in sustainable land management.  Iain has convened the Resource Managers Group of council senior leaders and through this had championed the need for the nation to build capability and capacity in our soil conservation workforce and to reinvest in core soil conservation work. Iain currently convenes the Science Advisory Group for regional councils which includes the governance of the Envirolink programme and chairs the Poplar and Willow Research Trust. Iain is an ecologist by training. 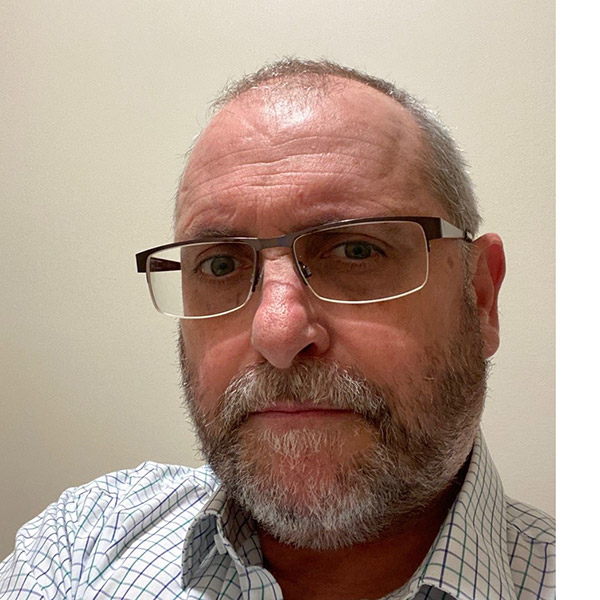 Bryan is currently Chief Advisor for Freshwater, a position he has held since 2018.  Over this time Bryan has played a major role in the development and now implementation of the Government’s Essential Freshwater package of reforms.  These include the new regional planning process, new National Environmental Standard for Freshwater; the revised National Policy Statement for Freshwater, stock exclusion and water metering regulations, mandatory Freshwater Farm Plans and Jobs for Nature investment.  Prior to this role Bryan has held a variety of senior policy roles across the public service, including leading the interagency group on family violence, leading the implementation of adventure activities regulation, development of the emission trading scheme and dairy industry restructuring.  Bryan has also co-chaired land use, landuse change and forestry negotiations under the UN Climate Change Convention.   He is a graduate of the Canterbury School of Forestry. 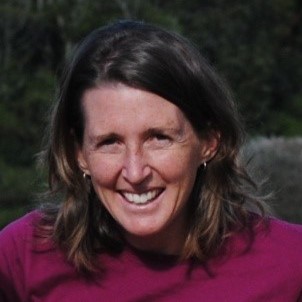 Kelly Forster is the Programme Director for He Waka Eke Noa – The Primary Sector Climate Action Partnership. Since partnership establishment she has headed up the small dedicated programme office that provides direction, coordination and support to the programme’s 13 Partners. Kelly was previously a Senior Analyst in agriculture and climate policy at the Ministry for the Environment and was a member of the secretariat for the Interim Climate Change Committee (the precursor to the Climate Change Commission). She completed a post graduate diploma with a focus on climate science and policy at Victoria University in 2016. Prior to that she worked as an environmental planner for Waikato Regional Council and other local authorities. Kelly grew up on a sheep and beef farm in a remote part of the Waikato’s west coast. She is dedicated to supporting a sustainable and prosperous agriculture sector. 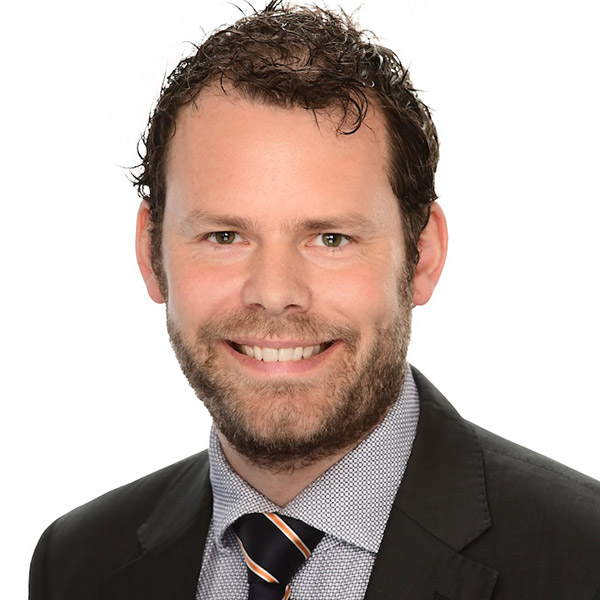 What does the future of rural and environmental banking look like?

As the Head of Sustainable Business Development, Blake helps the bank’s ensure its clients are in the strongest position themselves to best manage increasing environmental, societal and market risk as well as seizing opportunities created by a scarcity of resources and a growing global population. This includes contributing towards Rabobank policy submissions to government on regulation affecting the sector, producing reports and podcasts for our clients which examine issues linked to sustainable farming and developing new products and services aimed at helping clients businesses be more commercially and environmentally sustainable.   Hailing from a sheep and beef farming family, Blake has an MBA from Otago University and practised as an environmental lawyer specialising in resource management before joining Rabobank. 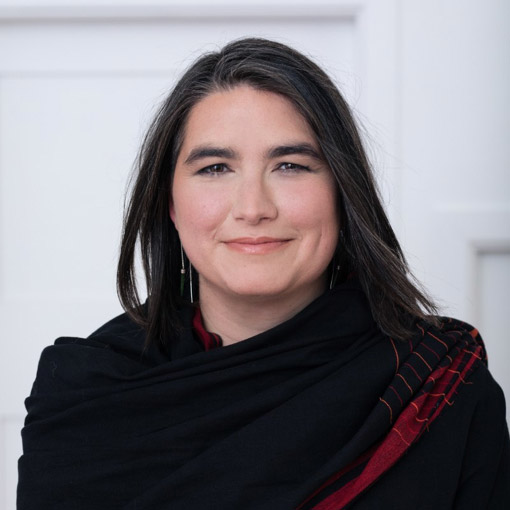 Dr Elizabeth Heeg has had a deep career in the structures and rules affecting natural resources. She is currently the director of Forestry System for Te Uru Rākau – New Zealand Forest Service which includes responsibility for the Forest and Wood Processing Industry Transformation Plan, Sector Investment, Operational Policy and Indigenous Forestry. Most recently she was head of the Aquatic Unit at the Department of Conservation leading a team of science and technical advisors who deliver research and advice to support the conservation of marine and freshwater ecosystems and species.  She has worked previously at Ministry for Primary Industries and Queen Elizabeth II National Trust, and has a strong understanding of resource management systems and the regulatory and policy frameworks supporting them. 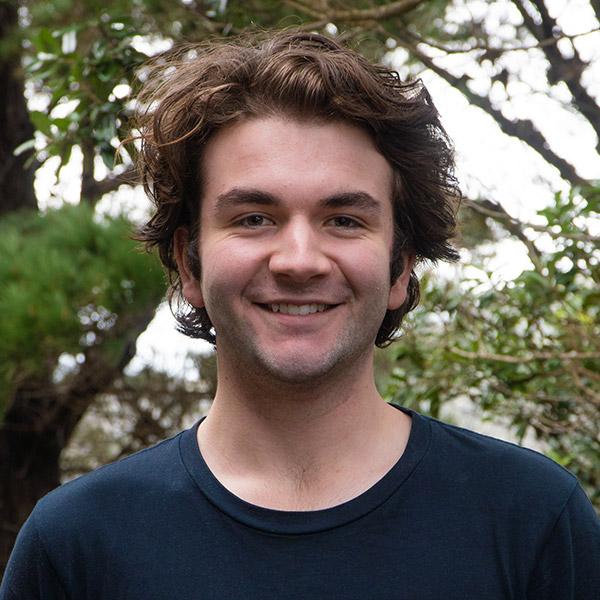 George is an 18-year-old environmentalist studying Law and Science at Te Herenga Waka Victoria University of Wellington. He has dedicated his life to protecting Aotearoa New Zealand’s special places and species, and has been involved in a range of both practical conservation projects and environmental lobbying campaigns. He has worked with DOC, Forest & Bird and Regional Councils, and is particularly passionate about ensuring youth voices are represented in all levels of decision making. 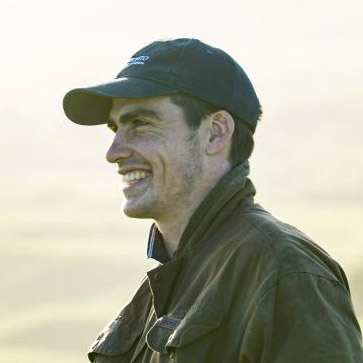 Kurt has been employed by the Palliser Ridge business in the South Wairarapa for 14 years with wife Lisa and has two sons, Beauden and Axel. With the support of the Palliser Ridge Board, he has grown the business from 8,000 to 18,000 stock units and recently acquired a dairy farm operation that Kurt will oversee.  Kurt and Lisa have been Palliser Ridge board members for the past 4 years and land equity partners for 9 years. Kurt has completed a Smedley Cadetship, Lincoln University Diploma in Agriculture via correspondence and a Sustainable Nutrient Management Course at Massey University. Kurt and Lisa have turned Palliser Ridge into a recognizable brand that sells quality lamb, beef, and wool products and offers a range of tourism ventures. Kurt was a member of Beef + Lamb New Zealand Tri Lamb Young Leader group that travelled through North America, Australia, and New Zealand, and is now on the Beef + Lamb Farmer Council for the Eastern North Island. Kurt has a passion for making the farm better than it was yesterday with a focus on regenerative agriculture, in 2019 Palliser Ridge was awarded the Supreme Greater Wellington Environmental Award. More recently the business has attained (EOV) Land to Market certification through the Savory Institute, making Palliser Ridge a certified regenerative farming operation.

Thank you to all sponsors for the 2021 NZARM conference!  Without you the networking, training, connecting and sharing can’t happen. 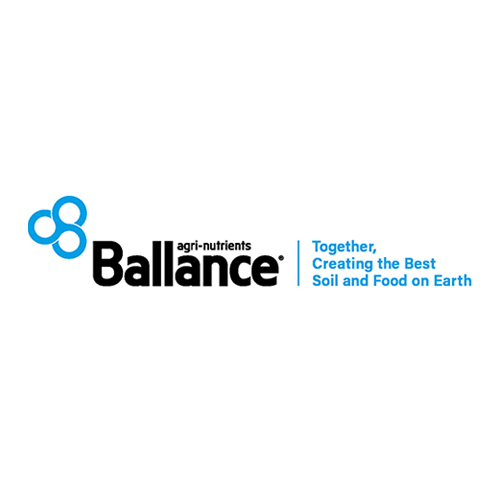 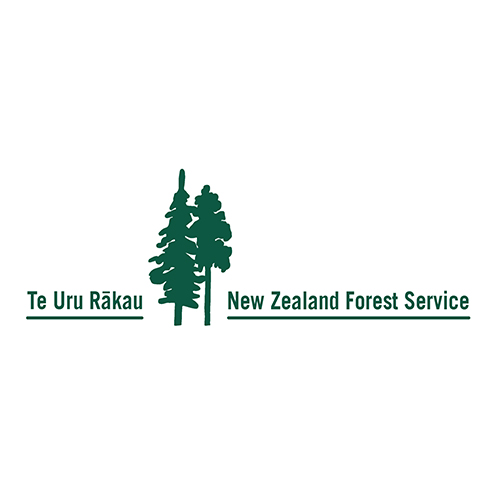 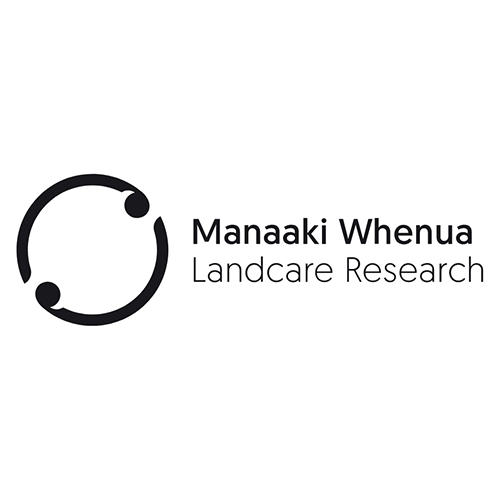 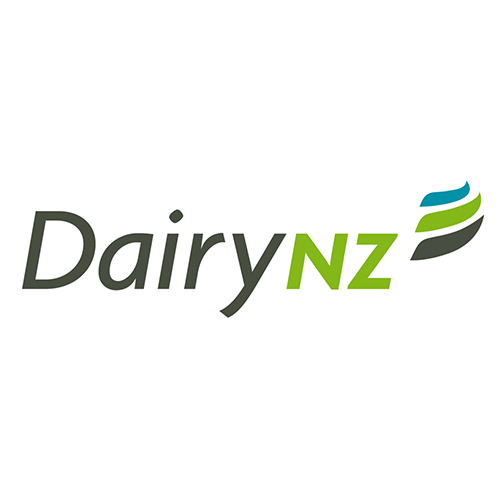 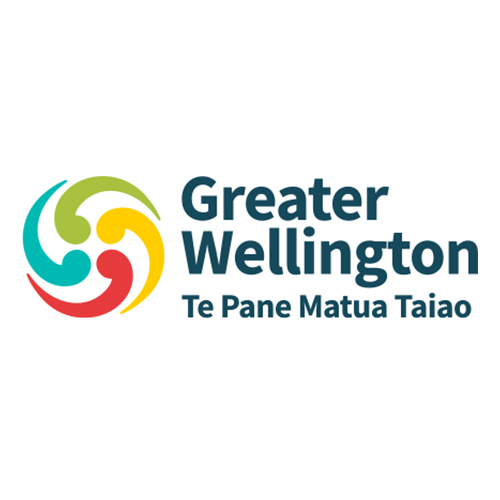 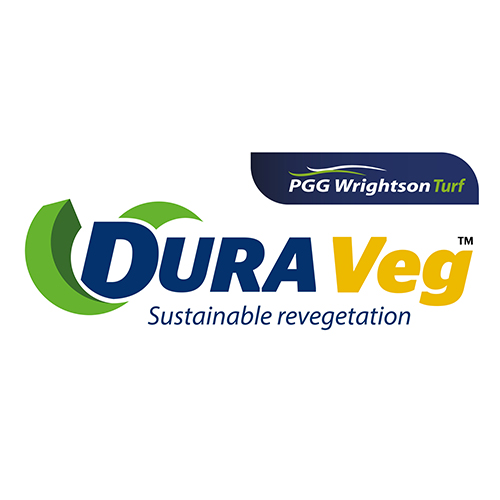 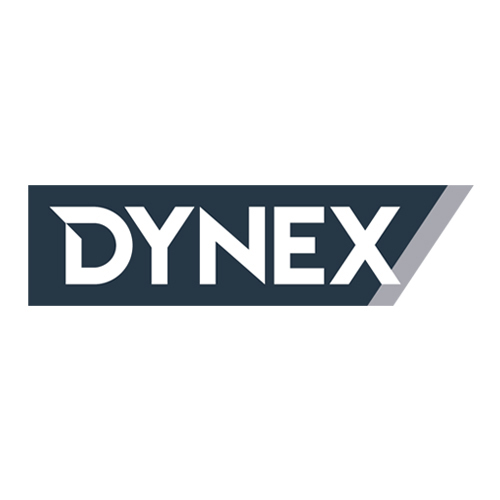 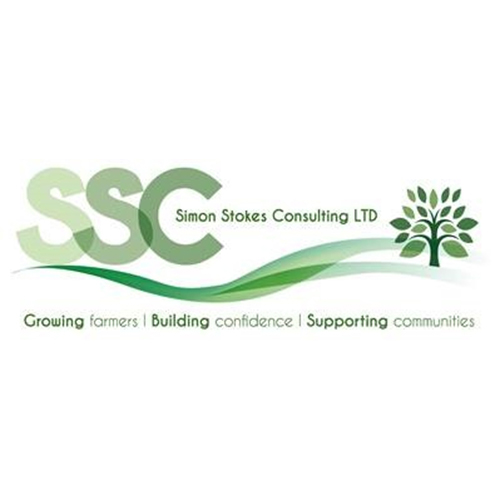 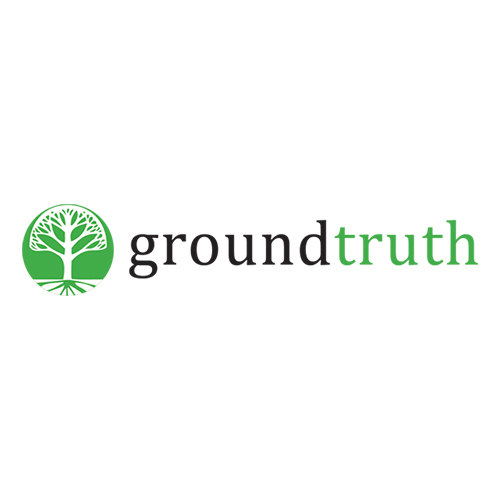 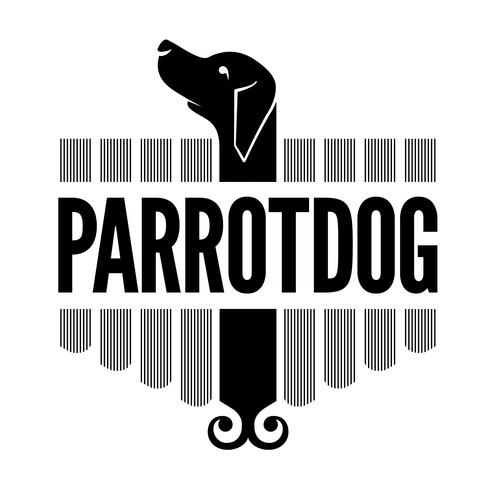 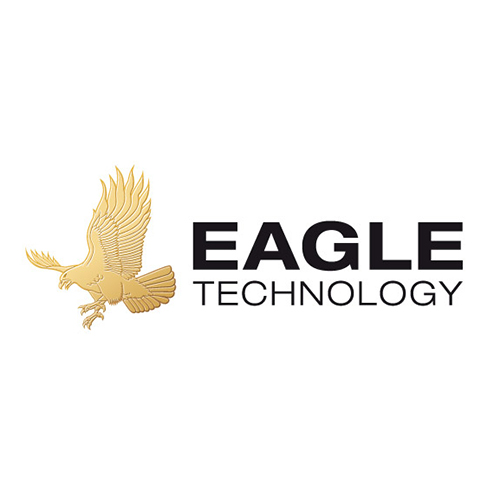